Aiming to be a trustful Excellent Partner for Users 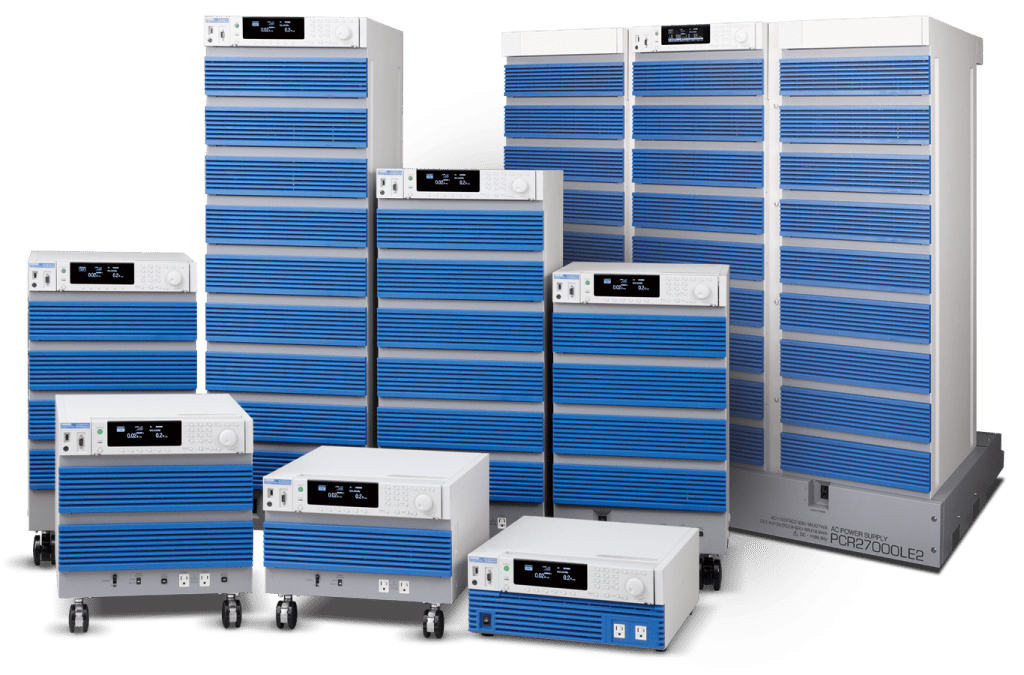 The PCR-LE series is a high-performance, multifunctional AC power supply that inherits the flow of our best-selling AC power supply (linear amplifier method). Not only can it be used as a high-quality regulated power supply, but it can also be used in a variety of applications that take advantage of the characteristics of the linear amplifier system, which allows free waveform control over a wide band. In particular, as a core device in the "grid interconnection test" of distributed power generation such as solar power, wind power, fuel cells, and gas engines, which is called the "new energy field", construction of a test system linked with load devices and power analyzers. Is possible. In addition, by combining abundant options, it also supports low-frequency immunity tests and various power supply environment tests. Furthermore, with parallel, single-phase three-wire, and three-phase operation options, it can be expanded to 27kVA for single-phase, 54kVA for single-phase three-wire, and 81kVA for three-phase, so it can be used as a power supply for large-scale EMC sites and has a large capacity. It can be used as a test power source for industrial air conditioners that are becoming more and more popular.

To view the pdf files, the Adobe Reader from Adobe Systems is required.